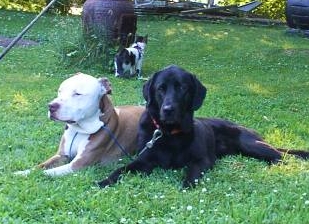 
Fill out an 😂 Application 😂 to offer a Dog/Cat a Lifetime home?

These Applications are about finding NoKill People/Houses they can control.

See my Experience with BIN below.

My eyes were first opened by them.
Then I took a closer look at the Take Control of Animals Scheme.

You are being played,Donors...big time,
unless you are part of the Scheme...reject it.

Support Reputable Shelters (OSPCA).
(& Breeders)
that actually give up Ownership.

Be responsible...Be a Lifetime Home.

Beware of the Rescue/No Kill Scheme to take Control of Pet Ownership.
They do not want Lifetime Homes,
they want No Kill People who will surrender Animals
&
Houses they can control
so they can sucker the Public for money when required.

Do not be suckered by Rescues/NoKill.

Support Reputable Shelters where you can view Animals,offer a Home & OWN your pets.

Do Not be Played.

Open your eyes to what they are really doing.

Do not let these people in your House
&
do not allow them to retain Ownership of an adopted Animal.

My pets are legally protected from Rescues/NoKill

If you care about your pets,speak to a Lawyer & make sure they never end up with these people under any circumstances.

NoKill/Rescue Fools chant #AdoptDontShop
when Animals are not really up for Adoption & they take/insist on Returns.

I was sponsoring at

when I received an email from a well known

asking if I was giving BIN money for a certain dog.

I asked this person if they had offered that dog a home...

they said ask the Rescue about that.

I had planned on offering a forever home to one of those dogs
until I received that email.
I realized then that this & other Rescues are all about the Rescuers not the dogs.

a monthly donation for a certain type of dog.
(Possibly at risk due to BSL)

I later offered them a Foster Home for that type of dog.

Their Website said they would show people how to integrate dogs & cats...but had allowed a Rescue dog to kill a cat & not just any 🐈.

No trick to that 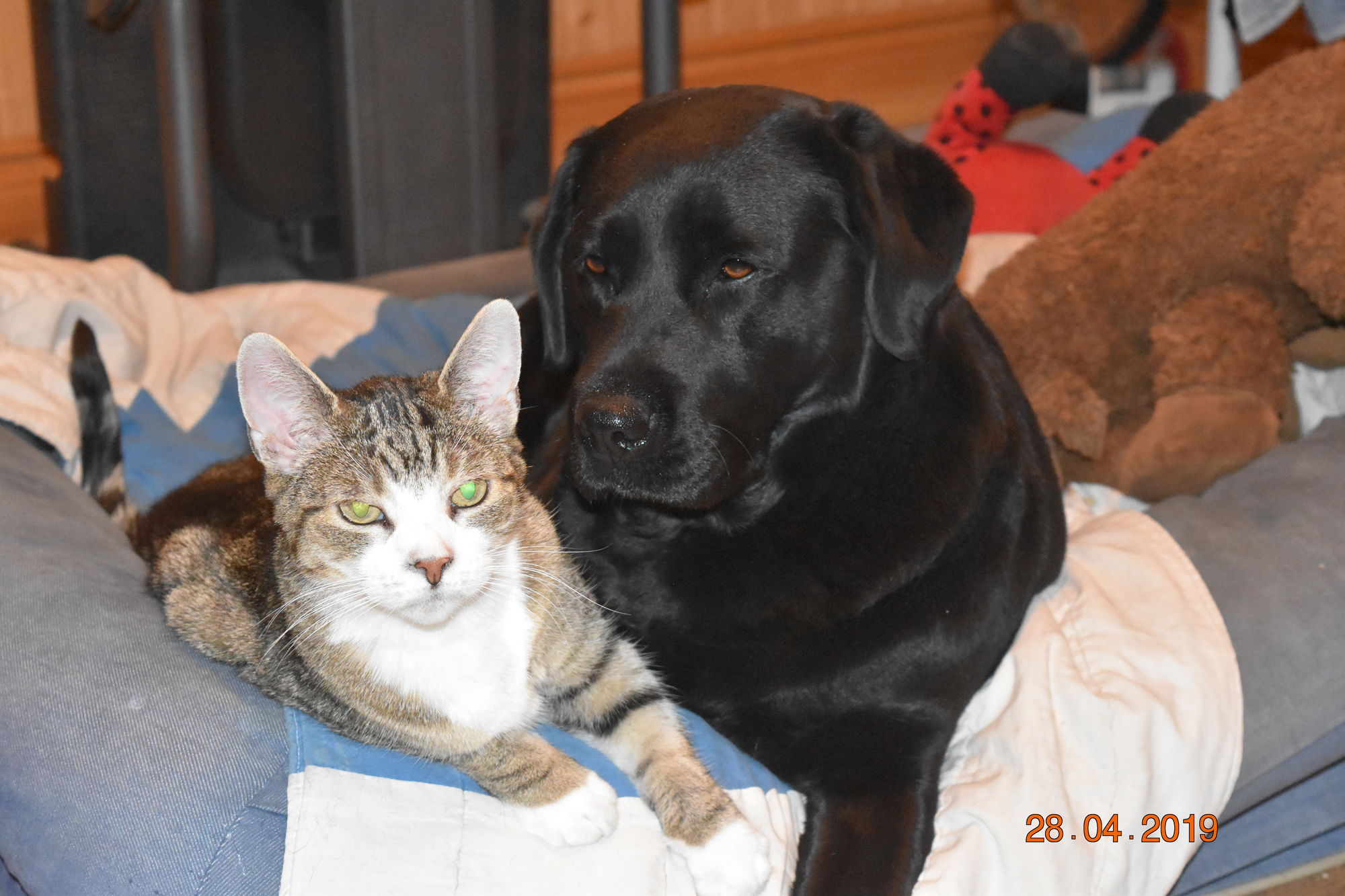 I was later told by
someone honest formerly with the (Jan) SOAR
that no such dog had been in the care of that Rescue when they were taking money from me.

who told me they needed a Foster Home by a certain date.

I said I would offer a home,provide Contact Info but would not chase them.

First of all I do not need to apply to a Rescue to offer my home & take on the Legal Liability of Fostering.

They were told of the Vet`s message
&
after a number of emails explaining to them that they had to prearrange a phone call,
they finally made a commitment to call but failed to place the call.

asking if all their Adoptions required Fenced yards...I already knew the answer...wanted to see if they would respond...they did not.

My Lab came from a Reputable Breeder because of Rescue Stupidity like this.

This Rescue appears to be collecting dogs from all over but restricts "Adoptions" to GTA.

A Reputable Breeder told me that in 25 years of placing dogs,
only once was a fenced yard required due to the needs of the person not the dog.

I have a fenced yard but my home was not going to be offered to any Rescue insisting on a fenced yard.
They simply are not necessary. 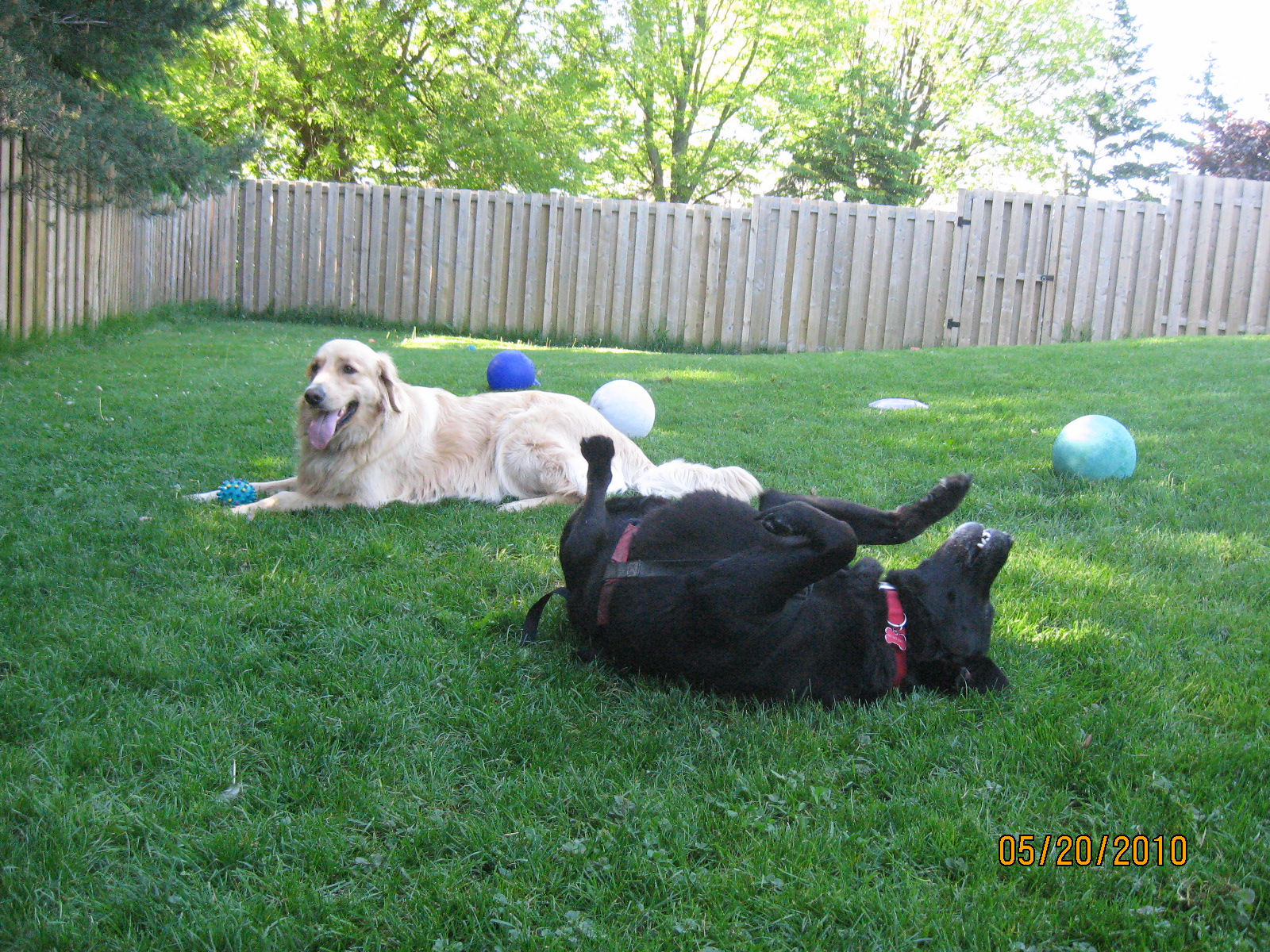 and asked a question about their Policies.

I was told by someone who had dealt with them that they were not as arrogant as other Ontario Rescues.

Their response to me...

"May I ask why you are enquiring about our adoption policies?"

My Response to Debbie...

I want to know what your Adoption Policies are in order to decide whether I want to consider adopting from your Rescue."

Debbie did not bother getting back to me about their Policies.

I got back to

(Apparently)
Not So Safe With Us

later that year after getting my dog.

Hi,
In case you were thinking of eventually answering my question,don`t bother."

That is when I got my dog from a Reputable Breeder not a Rescue.

She has a Lifetime home.

A Volunteer with a No Kill Rescue told me if I would apply to adopt a dog that had already had one TPLO Surgery,
the Rescue (meaning the Public) would foot the Bill if a 2nd TPLO was needed.

I know the cost of a 2x TPLO,
I had to borrow money for my dog or put her down.

If Rescues are suckering the Public for money for dogs/cats supposedly already adopted,
then they are not only running a Scheme to Control Pet Ownership...
they are running a Scam.

Real forever homes pay their own Veterinary Bills
&
may have to put animals down for financial reasons if they do not have Insurance.

Even with Insurance that is a possibility in a Real Forever Home
Life in the real World...Rescues.

I believe that is part of the Rescue scheme & the reason Rescues want control of animals.

No Rescue nonsense required for my dog,just a pleasant 2 way Conversation. 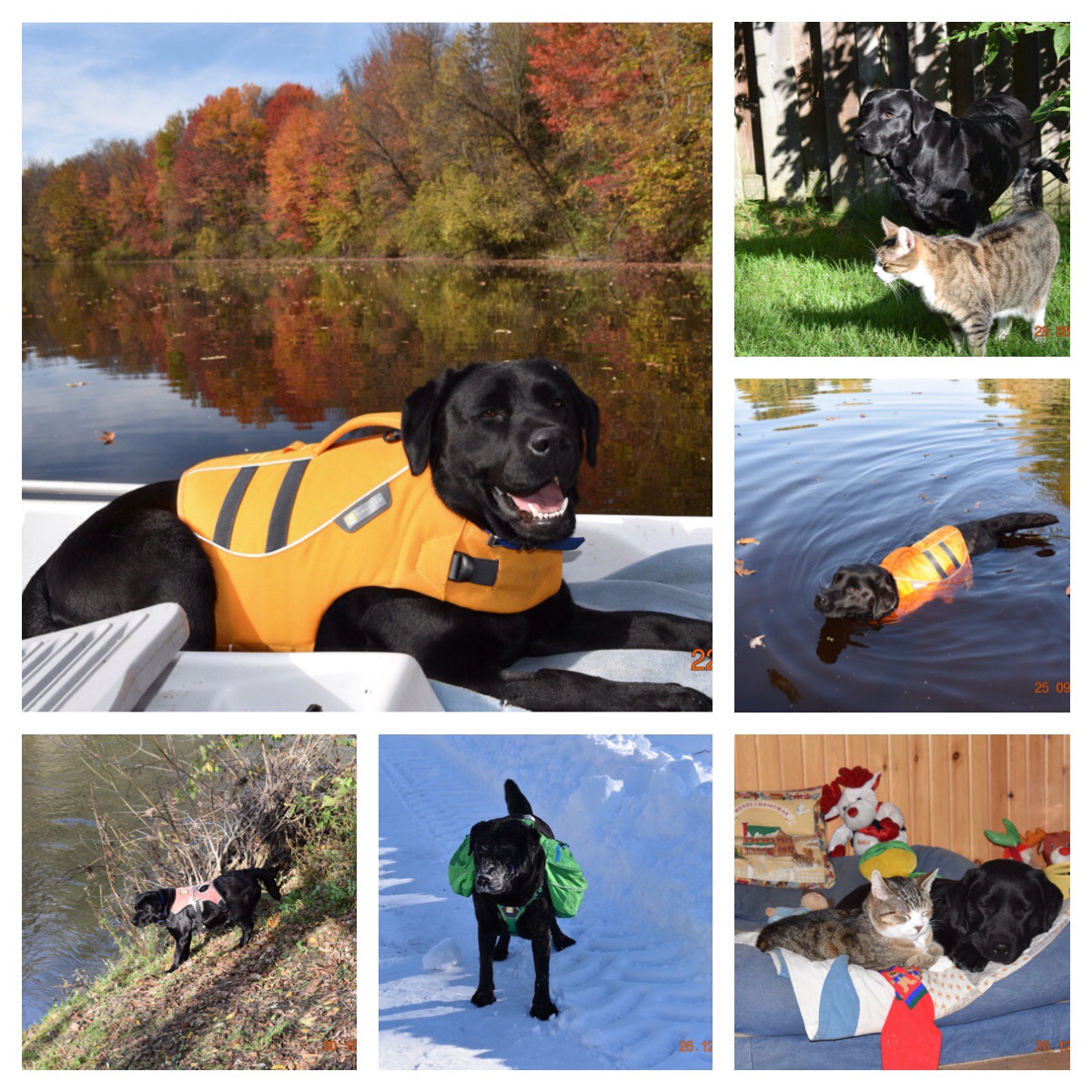 I had every intention of offering a real forever home to a Rescue Dog when I found a dog I wanted
but Rescues are a major problem for animals needing homes.

Rescue is all about Control of Animal Ownership.

Support Shelters (if possible) where animals truly are up for Adoption.
(OSPCA & Humane Societies)

*There are few animals available for adoption to the Public now because of Rescues collecting them.*

Find an animal needing a home before a Rescue gets a hold of it.
Check Kijiji for Owners rehoming/surrendering an animal,keep your ears open,ask around.

To Owners who surrender ill or elderly pets to Shelters...best case they will be put down...worse case,"saved" by a Rescue in the nick of time.

That is not the kinder option for a pet...they deserve to be put down by your Vet with you by their side.

That is a forever home & the kindest option for them.
Consider not getting a pet if you are the type who would give them up at any point in their life.

There are no perfect dogs or cats,homes or "best" matches despite what Rescues believe. 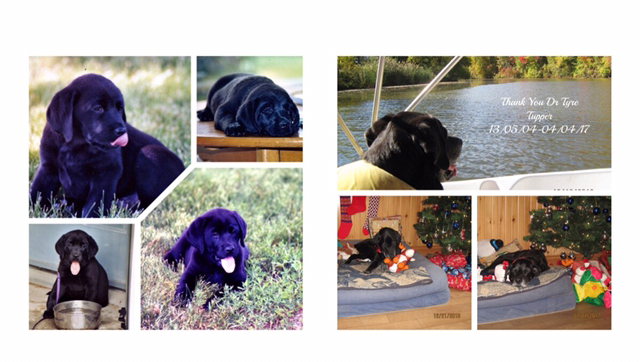 But there are Perfect Owners...they are called Forever Owners.
Some may live in houses with fenced yards,some may be homeless on the street.

(Until death do you part)

Do not give Rescues control over Pet Ownership.

A Vet may know of an accidental litter or an animal needing a home.

Rescues are a bottomless pit of other people`s money which is allowing them to carry on like this.

They might exhibit some commonsense if they were using their own money or if they had a whole lot less donated money.

Past Generations who knew much more about animals would never have put up with Rescue nonsense & neither should you.

All these Real Life K9 Good Neighbours below had wonderful,fun,real forever homes.

And yes some were Farm Dogs...Farm Life is a great Life.

Absolutely no kowtowing to Rescues required. 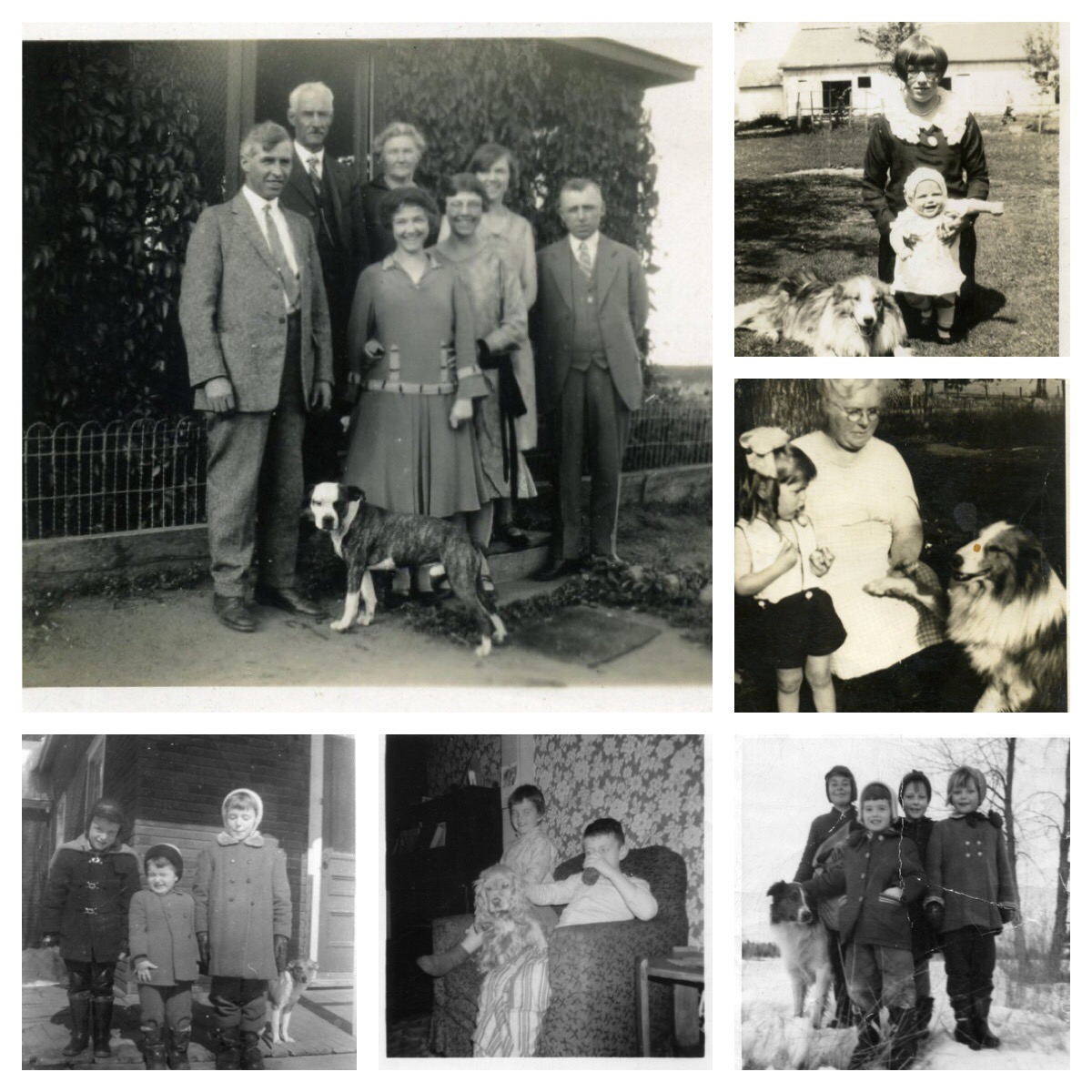 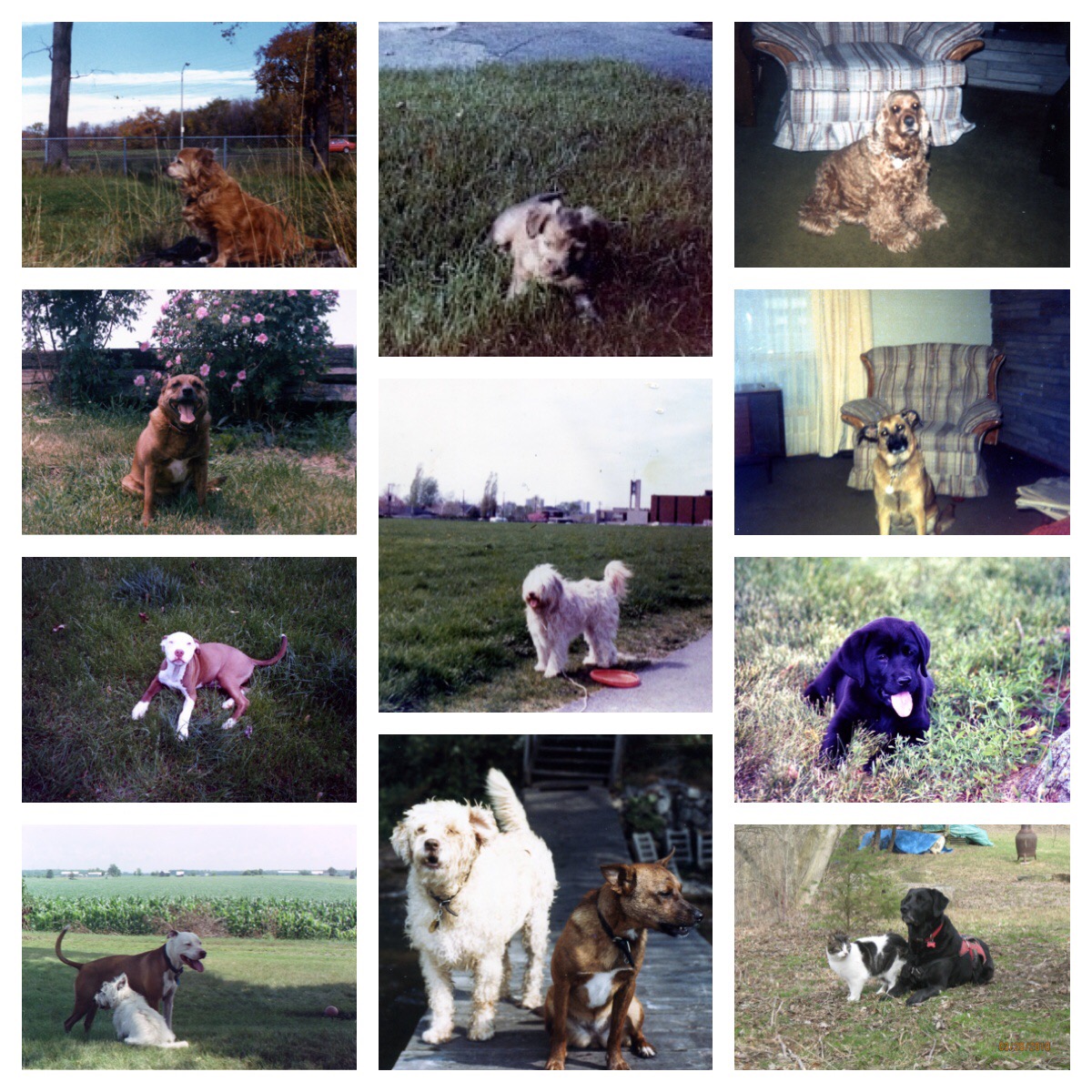 Say No to Applications & House Inspections & Yes to Conversations.

I feel very sorry for animals in the clutches of Rescues.

Against my better judgement I recently offered a Foster Home to

after seeing a rather desperate plea on Social Media.

All they had to do was DM to start a chat.

They did not bother because that would take control away from them and Rescues want to be in control.

Thankfully the Public is catching on.

It is all about the Rescuers...not the animals.

Donors... beware of funding animals that are not truly up for Adoption to the General Public.

Retain Your Right to Choose & Own a Pet.

Rescues are taking Resources away from Shelters
&
getting in the way of Adoptions into Real Forever Homes.

If No Kill Rescue Types get their way,
NO ONE will have a pet in their home
unless they seek & get the approval of a Rescue & accept their No Kill Conditions of being an irresponsible Owner who dumps/returns pets .

Do not give Rescues any Control over pets.

There are no comments to this entry.
Bravenet Blog
Get One For Free!
powered by